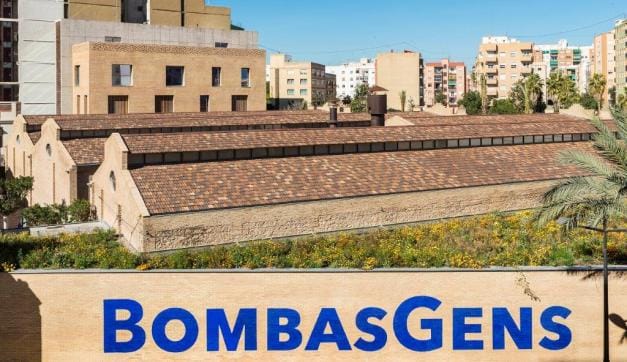 Bombas Gens Centre d’Art  is a  project promoted by the foundation Per Amor a l'Art,  a family-run foundation built on hope for the future and a sense of social responsibility. Its members have put their vast experience and skills at the service of the arts centre and all the people that go there to participate in it. Bombas Gens is located in an old factory built between 1930 and 1935 in the Art Deco style characteristic of the period. The building is a gem of the industrial heritage of Valencia and occupies a surface area of 6,200 m².

During restoration work, a cellar belonging to an old farmhouse demolished to make space for the factory and an air raid shelter dating back to the Spanish Civil War were discovered and can now be visited. An attractive garden and a fixed sculpture space were also included to add further value to the arts centre, which contains the Col.lecció Per Amor a l’Art, a privately owned collection. It consists of large sets of important works by Spanish and international artists, with a particular emphasis on photography and abstract work in painting and sculpture. There are more than 1,500 works by over 150 artists.

Bombas Gens Centre d’Art also has an extensive programme of exhibitions and cultural activities, along with an educational project whose aim is to place art at the service of people and convert it into a social asset.