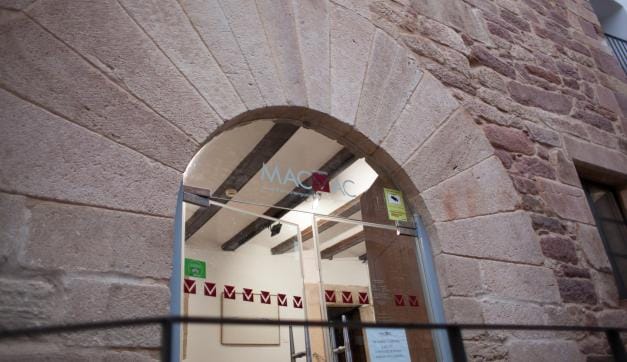 Founded by the famous art critic, Vicente Aguilera Cerni, the MACVAC of Vilafamés was opened in 1972 and is commonly believed to be one of the first modern art museums to be opened in Spain. It houses more than 500 works by leading national and international figures in the world of avant-garde art.

The MACVAC has an International Arts Documentation Centre (CIDA), which consists of arts magazines and journals, monographs, catalogues, photographs, manuscripts and a wide range of other material granted or donated by the artists themselves, or by Vicente Aguilera Cerni. A feature of the museum's management model is not to purchase the works, thus enabling dynamic collections to be created and so make it a pioneer in a new cultural current. It also offers other services such as a shop, where visitors can buy graphic works of the artists represented there, along with guided visits, educational workshops and activities for families.

The works shown at the MACVAC cover a range of artistic currents such as the artistic renaissance in the art of Valencia in the nineteen twenties, and includes the opening up of Spanish art in the fifties: social realism, informalism, constructivism, expressionism and abstraction.

It is the most important and most widely promoted Museum of Modern Art in the Region of Valencia. It is involved in promotional initiatives at provincial (La Nau, University of Valencia) and international levels (Museo de la Solidaridad Salvador Allende, Chile). Its content and the special nature of its surroundings make it a unique space.

To visit the MACVAC is to enter the heart of Vilafamés, where you can enjoy other activities linked to wine tourism and gastronomy.